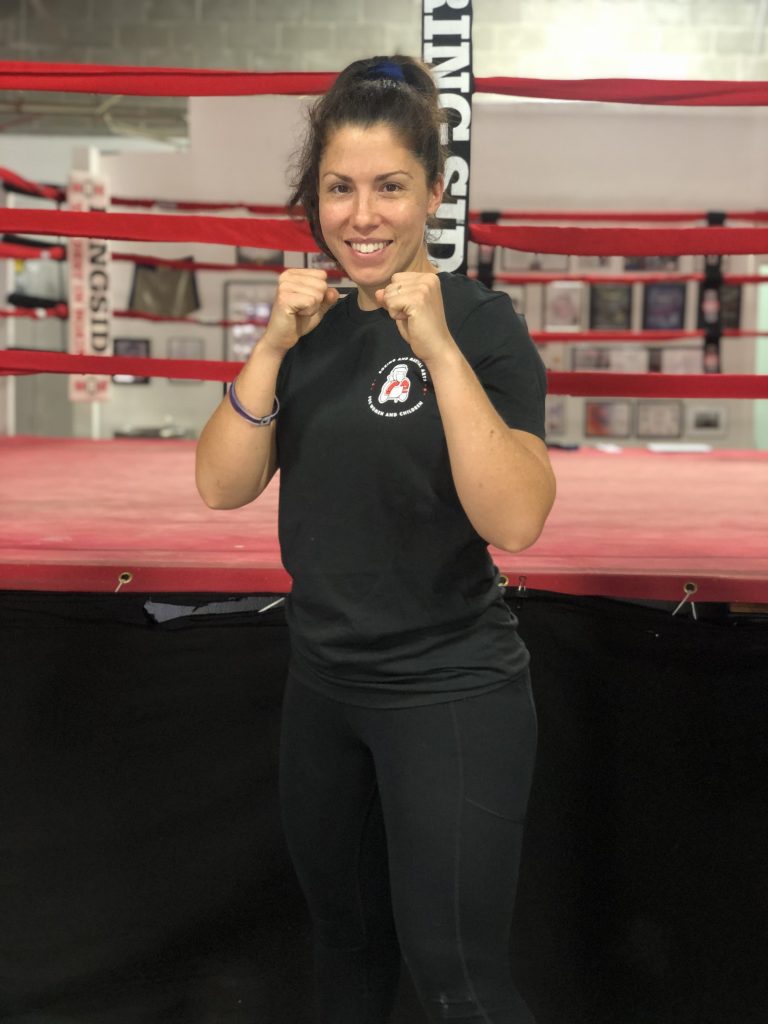 Ashley is always up for a challenge. As a rugby player for the Austin Valkyries, she started boxing as a way to increase her fitness. Shortly after beginning her training at Austin Women’s Boxing Club, she became addicted to the challenging workouts, immediate results and supportive atmosphere. In 2014 she began teaching classes at Austin Women’s Boxing Club and is constantly inspired by the progress of her students. Ashley is also an active, competitive boxer with several championships to her name. On the weekends you’ll see her running around Lady Bird Lake or exploring a new workout.

What started as a means of blowing off some post-work steam through boxing, quickly turned into a full on obsession. Alex’s favorite part of teaching at Austin Women’s Boxing Club is seeing students reach fitness milestones that they hadn’t reached prior to taking boxing classes. Knowing that she helps contribute to their fitness journey is incredibly rewarding.

In addition to teaching at AWBC, Alex also teaches for 4:13 Fitness, a gym that holds non-contact boxing classes for individuals with Parkinson’s Disease. Outside of the gym, Alex enjoys hanging out with her cats, playing softball, and reading graphic novels.

Alex is a certified Level I USA Boxing Coach. 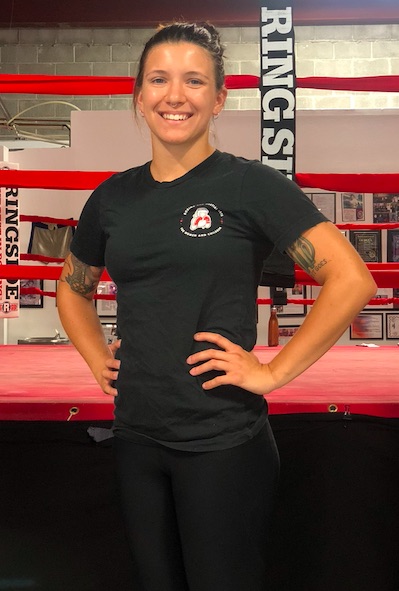 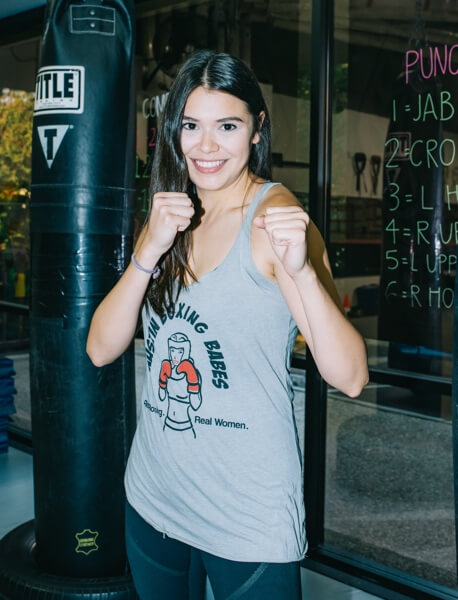 Betsy started Austin Women’s Boxing Club in July of 2016 where her main focus was health and fitness. She started by attending regular classes and enjoyed the environment and supportive atmosphere of the gym. Betsy was quickly drawn to the sport and joined the fight team in April 2017. In 2018 she began coaching at AWBC where she brought her enthusiasm, humor and technical skill to her classes along with her fighting experience. Betsy is a USA Amateur Boxer winning her first fight at the San Antonio Gloves, February 2018.

Stacy has been a boxing fan throughout her life, after watching her first boxing match at the LA Olympics in 1984. She began competing as an amateur at the age of 32, and recently fought in the Masters division. She enjoys working the corner at AWBC competition team fights. She is a licensed clinical social worker, and utilizes her therapy skills to help people to overcome their fears in the gym. 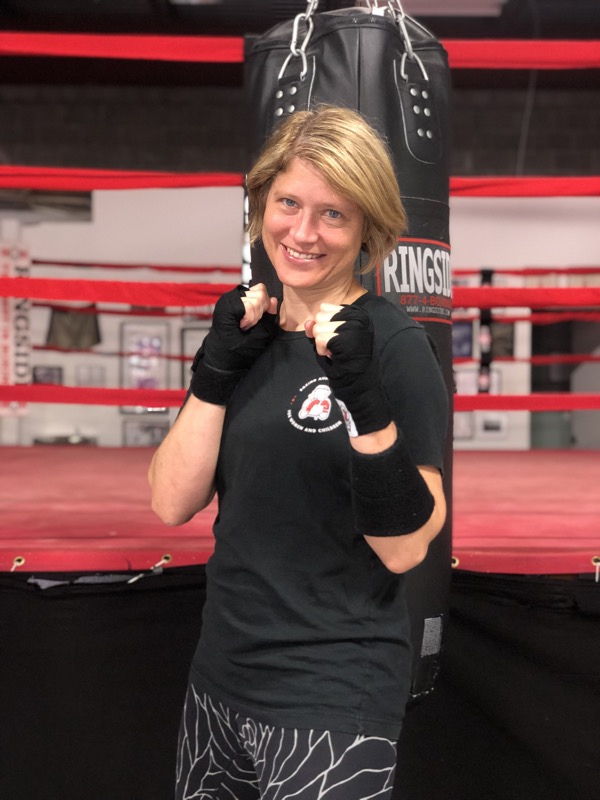 Karen watched and loved boxing since she was a little girl.  From Ali – Frazer to Sugar Ray – Duran to GGG, Mikey Garcia or Lomachenko today, she appreciates the art and science of boxing, its tactics and technique. Throughout her military career, she trained on and off with male boxers in the service; however, finding Austin Women’s Boxing Club was a dream come true. The support and positive energy from the coaches, instructors and members of the gym was powerful. When she is not working or boxing, she is having fun with her family, friends, and pups. 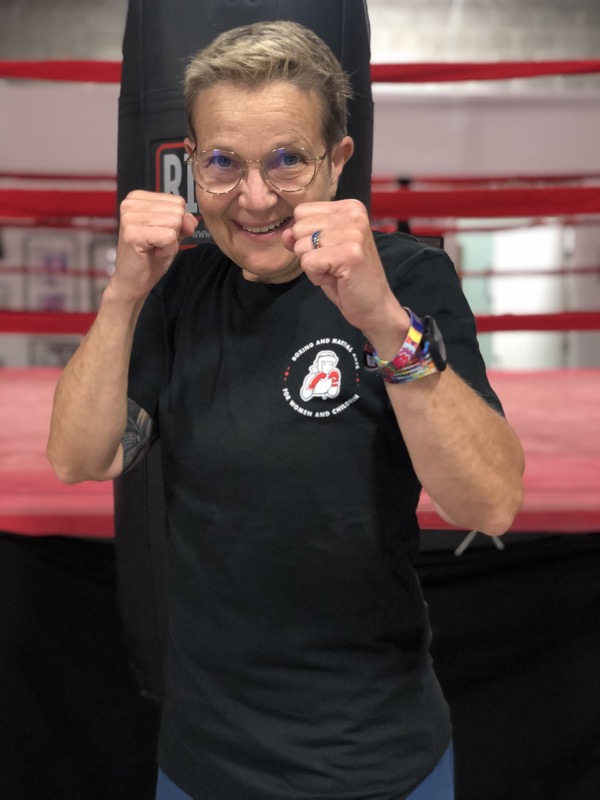 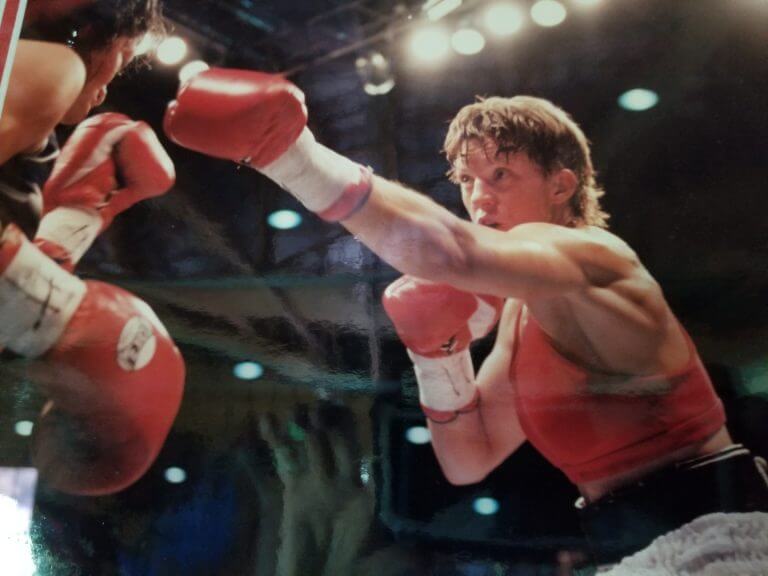 Melinda has always been passionate about physical fitness. She joined a Kuk Sool Won Martial Arts gym for 4 years where she earned her brown belt. Once her instructor moved back to Korea, loyal to his teachings, decided on something new. After reading an article in the Statesman about Lori Lord and Amy Simmons (of Amy’s ice cream) fighting a pro fight against each other in South Texas, Melinda decided to give boxing a try.

In 1993, Melinda and her opponent were the first women to fight amateur in Texas and the second in U.S. after Dallas Malloy filed a suit allowing women to compete as amateurs in the sport. Melinda went professional in 1995 after winning 6 amateur fights. She fought Christy Martin twice, once on a Mike Tyson pay-per-view card and fought twice on USA Tuesday night fights. Melinda ended her career with 22 pro fights.

Now a retired Austin police officer of 28 years, Melinda became a horse trainer in 2002 and has trained 20 police horses as well as officers for the last 10 yrs. Melinda enjoys helping AWBC’s up and coming fighters any way she can.

New to Austin, Ri’Ann started training at Austin Women’s Boxing Club in 2019 to have a healthy outlet to work on increasing her mental and physical fitness levels, as well as making new friends in a new city. After beginning her training at Austin Women’s Boxing Club, she quickly became obsessed with the open and supportive atmosphere, challenging workouts and being a part of a group of strong women. Her obsession for the sport and all that it has to offer grew, drew Ri’Ann to join the competition team and teaching. In her spare time you can find Ri’Ann playing with her dogs at the park, reading, studying for her Master’s degree and promoting positive women’s health habits. 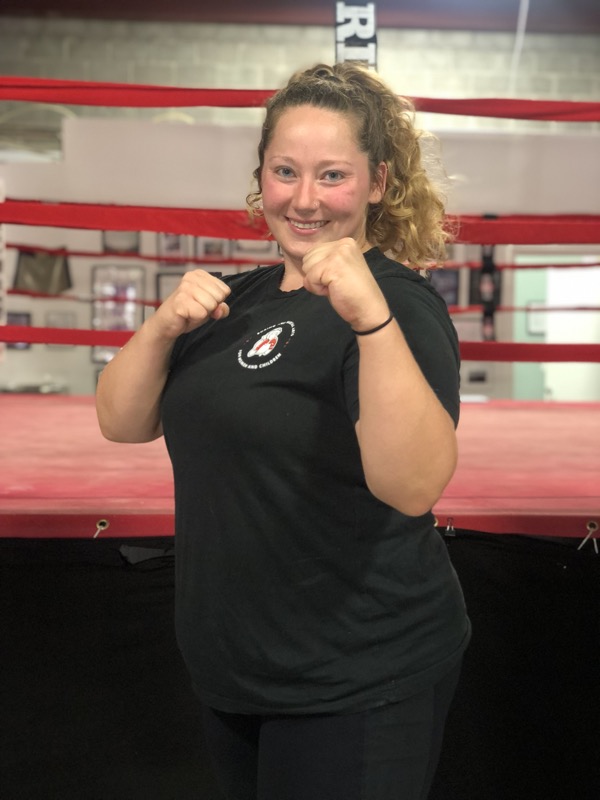 Julia founded Austin Women’s Boxing Club in 2007 to give women the opportunity to train in an all-woman environment; something she wished had been available to her when she was training. A native German, Julia has been training since 1996 both as a boxer and kickboxer, in Germany as well as the United States. In 2011, Julia earned her black belt in Kajukenbo under 8th degree black belt Professor Tony Morel. She also holds a purple belt in Brazilian Jiu-jitsu. Julia has lived in Austin since 2004, has two sons and enjoys biking, hiking and camping in her free time. 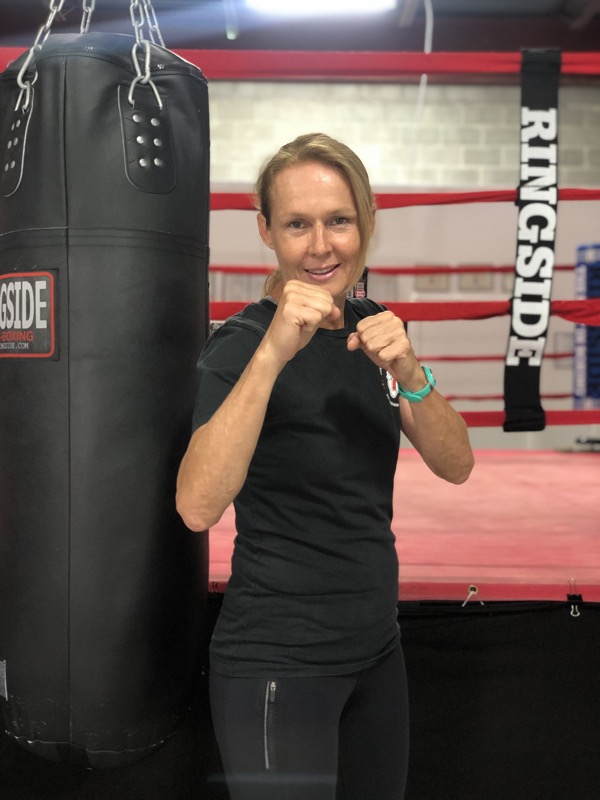 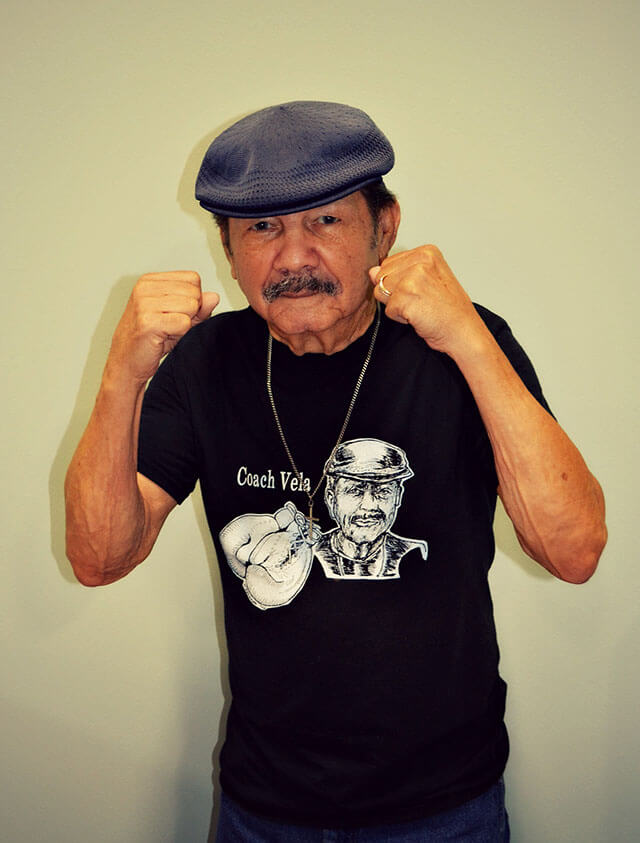 Coach Vela is a former amateur champion and the last of Austin’s old school boxing coaches. He has been responsible for training, coaching, and mentoring hundreds of kids who have come through the gyms he managed before coming to Austin Women’s Boxing Club in 2013.

Joe Vela has been training boxers for 65 years and used to operate Austin Boxing Against Drugs (A common focus of the boxing coaches is providing something healthy for kids to do, to keep them away from crime and drugs.) Vela, a former amateur champion, has plenty of advice for boxers in and out of the ring.

Vela isn’t letting his age slow him down one bit (he turned 80 in 2015)  thanks to his boxing workouts he was in good enough shape to make it through a triple bypass surgery, followed by pancreatic cancer and being diagnosed with diabetes all within a few years. He intends to continue passing down his boxing knowledge to future generations for as long as possible. Coach Vela visits the gym occasionally to check on our boxers and helps with our advanced boxers and those training for competition.